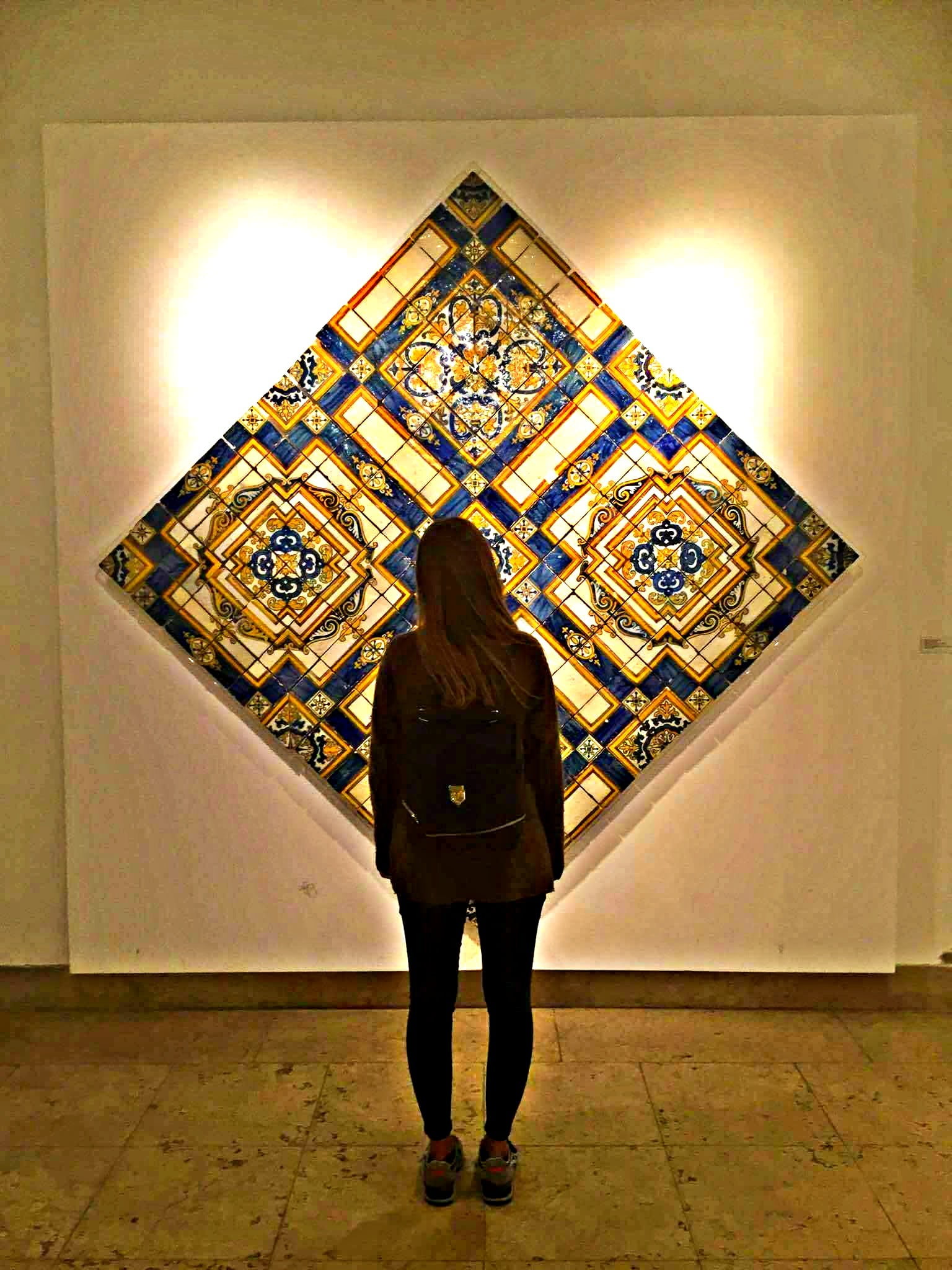 Some people say one of Portugal’s most captivating works of art is out on the streets: azulejo (hand-painted tile).

This  legacy of the Moors was adopted by the Portuguese and put into stunning use over the centuries. Exquisite displays cover all kinds of walls, from train station to buildings or churches, with stories painted on the ceramic surfaces.

Yet, let’s start from the beginning and explain a little bit of history

The word comes from the Arab word azzelij or al zuleycha,  means small polished stone and refers to a ceramic piece, usually squared, with one side glazed. The Azulejo is an identity art of Portugal. Its uninterrupted use throughout the past five centuries differs from how it was perceived in other cultures, asserting a Portuguese taste.

In Portugal, glazed tiled pavements were used since the 13th century, made of geometrical pieces of plain colors as demonstrated by the ones found in the Monastery of Alcobaça or Leiria Castle.

Even though the Moors brought azulejo to the Iberian Peninsula, their influence in Portugal came from Spain in the 15th century. King Manuel was dazzled by the Alhambra in Granada and decided to have his palace, in Sintra, decorated with the same. The first ones were imported from Seville, and in accordance to Islamic law, they portrayed no human figures, only geometric patterns.

Throughout the 16th century, the Islamic motifs were gradually replaced by European motifs  with Gothic and Renaissance references. However, the use of Hispanic-Moorish techniques endured.

Gradually, the Portuguese painters weaned themselves off ornamental decoration and employed human or animal figures in their designs. They decorate everything from walls of churches and monasteries, to palaces, ordinary houses and they often portray scenes from the history of the country. It’s used to be a sign of wealth, the fancier the tiles, the more money you had. They are not only decorative, but also protect against damp, heat and noise.

Other interesting fact is that after the 1755 earthquake in Lisbon , the facades with the tiles were the ones better preserved. Hence, this is another reason why they have continued decorating  the new buildings with these tales apart from how beautiful they make Lisbon look!

Where to see it

Alfama is definetely a place to see this beautiful portuguese heritage ! There’s no set route for discovering the glazed gems of Alfama, because they are everywhere, and each one promises a new story, a new piece to add to your own Portuguese puzzle.

If you still wanted to know and see more of this, you can also visit the Museu Nacional do Azulejo.

What about you? Had you heard about tiles before?

Tagged under: art, azulejo, lisboa, lisbon, museu do azuleijo, portugal, sintra, street~, tiles, what to do in lisbon

What you can read next 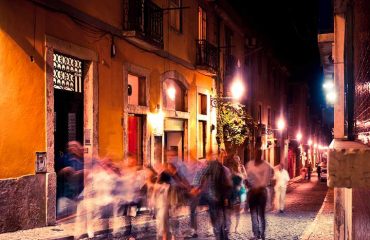 5 places in Lisbon to chill with your friends 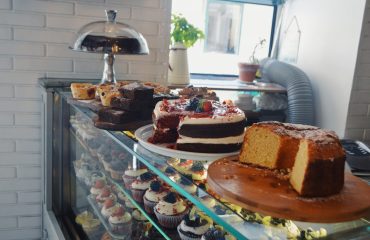 Designed by Labirynto. Made in Portugal.