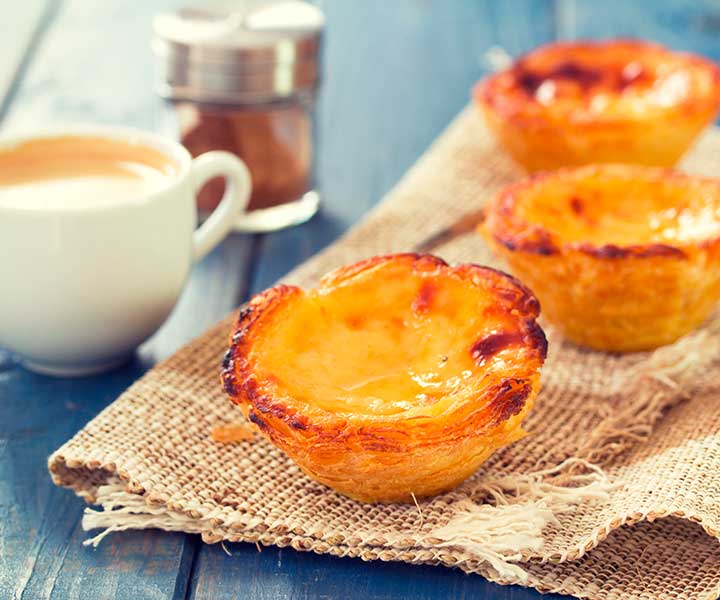 Lisbon is famous for the ‘pastel de nata’ – the Portuguese custard tart. It’s ingredients are quite simple: a puff pastry filled with a custard tart made of cream, egg yolk, sugar, flour and lemon zest. However with so many places to taste these tarts, competition to be the best is high!

We have selected our top 5 places to taste this Portuguese delicacy, which we think are also the best you can find in the city!

You can find this little bakery in Camoes, just a few steps away from the popular shopping area of Chiado. Open from 8am until midnight, you will always find a sea of tourists and locals alike in this bakery! Manteigaria’s pasteis de nata are lighter than others and have a thin flaky crust and the cream is thick and delicious and the perfect amount of sweetness. They are freshly baked in the shop and are best eaten warm however we recommend buying a few extra as they are also just as good cold!

Arguably the pasteis de nata made here use the original secret recipe given to them buy the monks of Mosteiro dos Jeronimos in 1837. That secret original recipe is followed every day at this bakery, baked by hand and using only ancient traditional methods! Hundreds of tourists come to this bakery in Belem every day just to taste these delicacies! They serve them warm with an option to sprinkle icing sugar and cinnamon over the top which is a perfect combination for this sweet tart!

Why not join us on out Belem Tour to find out more?

Tucked away in the side streets of Lisbon, this is one of the oldest cafeterias in Lisbon! It is a sixth generation family pastry top that opened in 1829 and in 1873 it became the official supplier of the of the Casa Real (the royal household). So, if it good enough for the royals we’re sure its good enough for us!

The family recipe for this custard tart is kept under lock and key! It is a dense and very sweet custard which is a nice contrast to the crispy and flaky pastry. We suggest buying a box of a dozen, filling half with pasteis de nata and the rest with whatever else takes your fancy!

This is a fairly new bakery, which opened in 2017. The freshly baked pasteis de nata are on display next to an array of other sweet sugary goods. There is a continuous turnover of warm egg tarts straight from the oven, so you can be sure there will always be a fresh batch no matter what time you visit!

Away from the business of the city centre, this bakery is located in Benfica. It opened in 1999 as a simple family pastry shop, which has now become a popular pasteis de nata destination! The two owners, Gabriela and José, wont reveal their secret to their success however what we can reveal as that they are delicious! The pastry crust is very flaky and the custard in the middle isn’t too sweet but is extremely runny! You could eat the centre with a spoon! We can guarantee that you’ll be ordering more than just one!

What you can read next 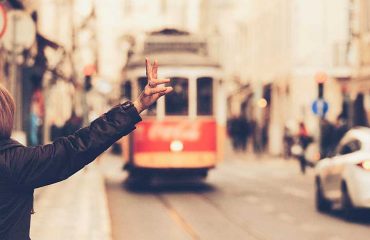 Easly travelling on a budget in Lisbon

10 Interesting facts about this city

Designed by Labirynto. Made in Portugal.